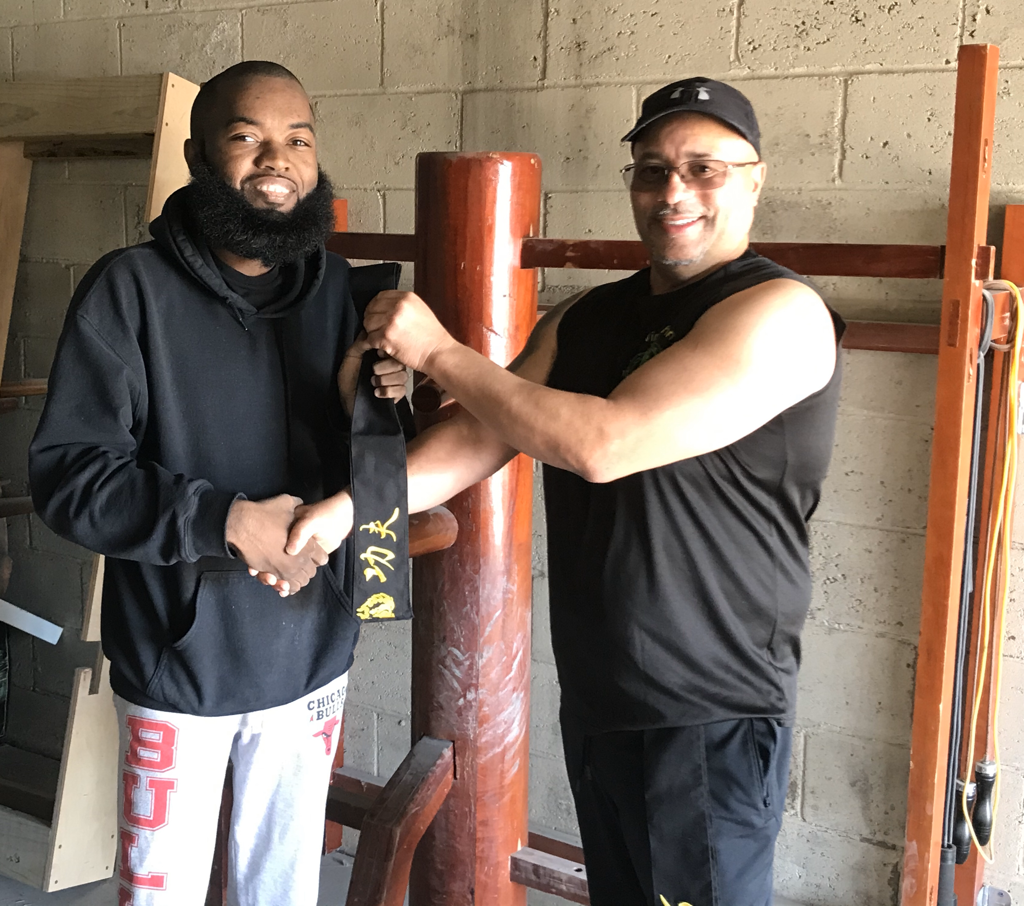 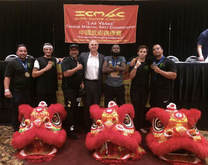 My specialized Wing Chun training curriculum is tournament perfected and street acid tested to be overwhelmingly devastating! Over the years as the head Wing Chun instructor, and defending "International Chinese Martial Arts Mid-America Champion", I have pitted combat skills inside and outside the ring, demolishing the attacks of top opponents. You will possess these skills too! I will definitely train you to become a martial arts champion if that is a goal you have. We are 100% committed to teaching only what truly works against realistic high pressure attacks from unknown, and hostile Black Belt experts... Where nothing is choreographed or staged.

Below are a sample of a few basic bridge training drills. They are in Hi-definition so give them as much 30 seconds to load after selecting “play.” 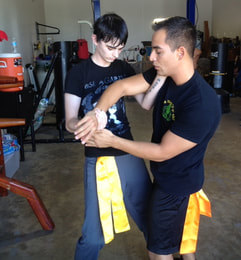 Our ancient training systems develop "touch see-ing" awareness. It is handed down directly from a skilled, and highly trained Kung Fu Sifu to students. Experience the sweet satisfaction of victory over de-humanization and physical abuse. Develop high level defense skills and Bruce Lee- lightning, fast reflexes. So even if you are temporarily blinded, you can still easily, redirect an attacker's assault upon himself!
An afternoon stroll around the park, walking home from school, a shopping mall parking lot, a step inside a public restroom, studying at college campus, all these ordinary activities, can and do suddenly transform into. ... battle-grounds for your very life and freedom!
Learn to protect yourself like an expert, start private defense training today, "If a life is worth having, isn't it worth protecting!" Call Master Craig now at: 918-402-4684 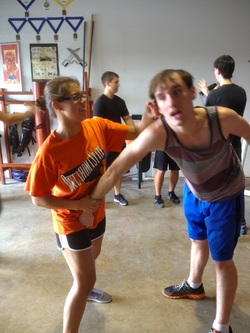 Forge yourself in the "Fire of the Wing Chun process" so that in an assault attack, you will transform into "the butcher rather than the meat". Training in scientific combat will be the difference! There is no need to be an athlete or in "great shape" in order to be a "formidable combat phenomena." My Wing Chun secrets will introduce you to new Kung Fu skill sets that will be downloaded into your neurological "Rapid Response System." This training is based on the immutable laws of physics and the principles of combat science. As an unavoidable result... a threatening attack situation will trigger Wing Chun combat responses faster than your conscious thought can follow. 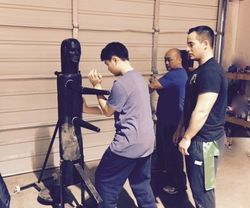 The question we have to ask ourselves is...In the moment, when it happens, "Will I have immediate life saving defensive skill, or will I be assaulted, perhaps even taken from my family forever?" The stolen future on the line might be your very own or someone you love dearly. You could protect them! We can increase the odds in your favor dramatically! Learn to be your own body-guard, it's cheaper than hiring one! Call Master Craig Davis today! 918-402-4684 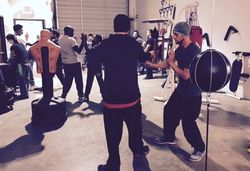 Wing Chun the Science of Combat:

This curriculum is for those rare and special individuals who want to go all the way to the summit of Black Belt Mastery! It awakens and turbo-charges your combat abilities, as its regimen emphasizes the more devastating and lethal aspects of Wing Chun Combat training. It was formally taught by Grand Master Ip Man to only his most senior and select students. This training enables you (male or female) to become 2x to 3x more powerful and deadly to any criminal aggressor. Without any warning he'll feel like a rabbit breathlessly paralyzed by a viper bite, a confused split-second later, he'll feel like he's just been hit by a semi-truck! Possibly, waking up later, only to find himself helpless, broken, and handcuffed to a hospital bed. (That is of course, assuming he's lucky enough to have found you in a Christian mood, otherwise he'll find himself tied up a while... trying to explain himself to the recording angel!) 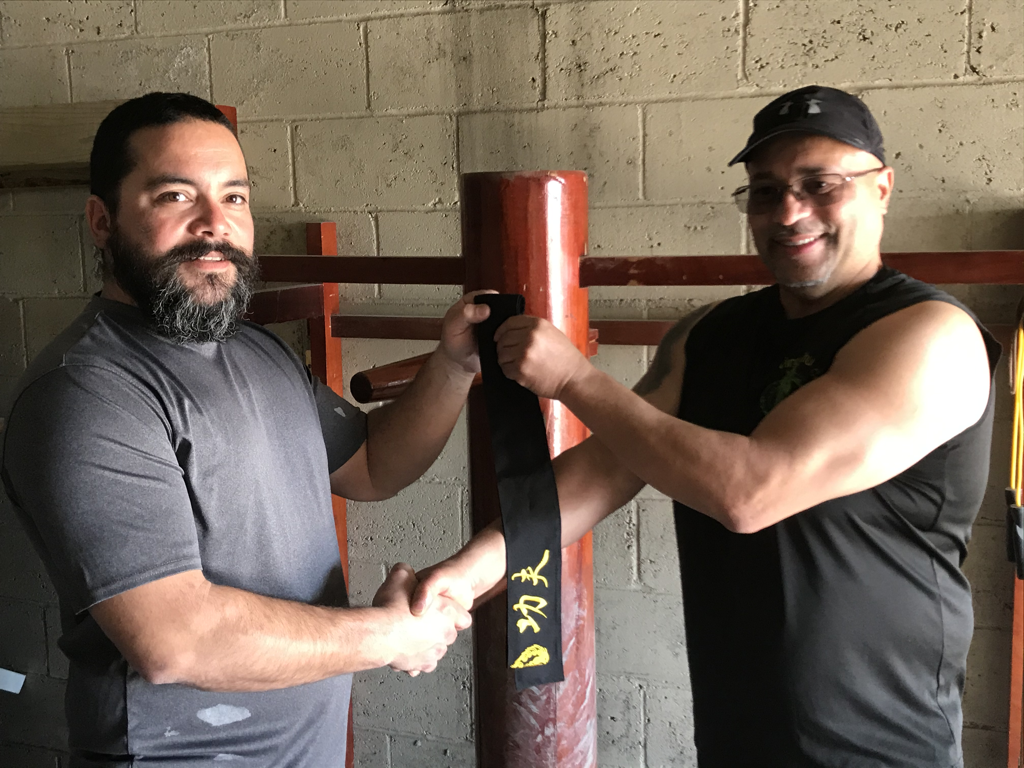 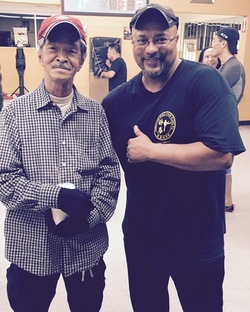 At advanced level you will be trained how to deliver the various types of attack stopping knock downs, and bone-cracking knockouts. You will be trained to generate explosive internal Chi strike force, ground force, vortex energy force, using these forces to return any attack back to the attacker, and punishing him with his own harmful energy. Your training will make you a very deadly gamble for any rapist or bully.
The " living legend", Master Hawkins Cheung, Bruce Lee's great friend and early street fighting companion learned and passed down these same fighting secrets. We teach them so you can learn them right here, in the Dallas area, from Master Craig himself (ICMAC "Mid-America" Black Belt Champion).
"One of the first things I noticed about Master Craig was his passion for Wing Chun and about passing on his great wealth of fighting knowledge to trustworthy students. It is a blessing to be learning from a Sifu of the same famous Yip Man/ Wong Shun Leung lineage, that Bruce Lee trained under... In the 18 months that I’ve trained under Sifu I have every confidence in my street self- defense prowess.” ...C. Johnson

”Master Craig’s Wing Chun training has me feeling 100% better and has built my confidence. I am confident I can defend myself now." ...Ray

​"Since I started Training with Master Craig I have not only become a deadly fighter, I also have more confidence than ever before. Now I don't want anyone to fight me because it wouldn't be fair. I could destroy them!" ...Stephen

​On the actual fighting and Self-defense aspect of Wing Chun as taught by Master Craig Davis, I feel sorry for anyone willing to bet against the skills you will acquire! ...Greg